Homesick is a real thing, and although I don’t get homesick often, it hits me hard when it does. When one of my friends, Chris, texted me saying he was thinking of stopping in Thailand for a week on his way home from his Nepal trip, most of the homesickness disappeared!

It didn’t take long for the homesickness to turn into excitement. Excitement for not just planning a whole week vacation but also for getting to show off Thailand. Even more excited to share a piece of my heart to my good friend, who has been ever so supportive of my crazy, Mapless Adventures!!

One thing Chris told me was that he wanted to see elephants. He also mentioned for me to go ahead a plan the trip. It was quite a big responsibility and I needed a little help from him. I needed him to decide on beaches or mountains. This helped us determine the entry and exit point, which ended up being Bangkok regardless.

He mentioned he hasn’t really done a “beach” vacation. So, after endless amounts of research, I decided on Patong, a neighborhood on Phuket Island.

Patong does has a reputation for party and nightlife, but I chose this location simply because of the placement on the island. It was very central and not too far from anything! Once the city/location was selected the rest of the planning was pretty easy!

From Bangkok to Phuket

I felt like a kid at a candy store, waiting for his arrival in Bangkok! And practically bursted into tears when I saw him walk out of the arrival area. I kind of felt bad for him as he was dressed for cold weather, and Thailand was anything but cold.

He arrived in the late evening, so we didn’t do much that first night and our flight to Phuket was early the next morning. We mostly just talked and looked at pictures from his Nepal adventure and I loved every minute of it!

Our journey from Bangkok to Phuket was pretty uneventful. The flight was about 1.5 hours, and then the taxi was for about an hour to our hostel. Once we arrived at our hostel and got settled in, we decide to ventured out for Chris’s first authentic Thai food experience, Pad Thai!

We ended up wandering to a place called No. 9, which was super popular and had delicious pad thai. It was a great first true meal for Chris.

The rest of the day was mostly just wandering the streets of Patong, including experiencing our first crazy Bangla Road heckling for “ping pong” shows. We didn’t stay out to late nor get to crazy. Prior to his visit, I had pre-booked a one day excursion with Elephant Jungle Sanctuary Phuket, which had decent reviews, though it’s hard to really tell off reviews.

My Personal Experience and Review

The morning session started with a general session where we learned about the Asian elephant. More specifically, they taught us about their food and diet. They showed us a special way to create these vitamin balls, which the elephants love.

Afterwards, it was our chance to feed them corn, bananas, and sugar cane. It was also our first true interactions with these beautiful creatures.

The only downside is that there were quite a bit of people. They mixed together both the full day group and half day excursion groups, with only about 6 elephants. It was a little chaotic, but I did have several chances to feed the elephants.

During the feeding, we learned more about the elephants’ backstories on how they came to be at Elephant Jungle Sanctuary Phuket, and it broke my heart. Several came from logging camps, others came from riding camps, and one came from a hotel, where she was required to “dance” (which meant shake her head and sway her body) and was beaten if she didn’t. I’m amazing that these events have taken place, but it’s a different world now then it was even 20 years ago.

On a positive note, Elephant Jungle Sanctuary Phuket was able to save two new elephants; 3-days and the day before our visit. These elephants had two very different personalities. The one who came the day before was kind and gentle. The other female elephant had such badly broken spirit and couldn’t be around humans as it was aggressive. It had to be habilitated to learn how to be free from the abuse and riding.

It was heartbreaking to hear her story, but following the feeding session, we had the opportunity to go trekking with the elephants. She was one of the elephants who we got to walk with in the jungle, and that was special. The other elephant was the “grandma” at 83 years old. She was kind and gentle, but moved slow. Because of her personality, the others in the group walked with her.

Chris and I, however, spent our time during the hike with the precious new elephant. I think we both enjoyed watching her get to be an elephant again in the jungle, pulling in trees and plants, scratching her body against a tree and just walking. True a wonder to see.

When we got back from the trek, it was water time. Chris held the hose for the two elephants to drink, and when it was Grandma’s turn (83year old elephant), she ran away so quickly when Chris attempted to rinse her off.

We did also get to witness a first with one of the newest elephant, named Aom Ngung. She got to experience the shower, and you can see the pure happiness in her eyes! Who doesn’t love a good shower, right?

The mid-day break was a bit strange. To start, It was a two-hours long. It started out with a buffet lunch of simple Thai food, which was delicious. It also included a 45-minute poo paper arts and crafts with a brief explanation of the process.

I was slightly disappointed that it didn’t actually involve getting my hands dirty and attempt to make my own paper. I think it would have made the mid-day break a little more tolerable. But, we still made it fun, and the people in our group were easy to talk too.

A negative experience, the kayaking. Oh, the kayaking, or as I called it a space filler. I could tell that Elephant Jungle Sanctuary Phuket was not fully equipped for one-day visitors. The kayaking was just slightly pointless. For starters, it was the middle of a hot sunny day, in basically a swamp. Not to mention, there was no dock or stairs or platform or anything to help get in or off the kayak. It felt to be a complete waste of time.

At the start of the afternoon session, we were shuttled to another one of the camps. We were told they have a few different locations around the island. Upon arrival, we learned that we were joining a decent sized group of half-day excursion visitors, with the FIVE elephants living at this location.

There just didn’t seem to be a cap on how many people can visit at one. It seemed significantly overcrowded. The ratio to human to elephant didn’t seem very ethical.

After our arrival, we changed into our suits and got to experience a “mud bath” with the elephants. This was such an odd experience and one I probably could have done without. The elephants, however, seemed to enjoy as almost all were splashing themselves with mud, but it could have been done without the help of 20+ humans.

Following the mud bath, it was off to the swimming hole. None of the elephants hesitated to get into the water. After all, it was a typical Thai summer, scorching hot day.

They immediately started playing, dunking their entire bodies into the water. They kept spitting water and dunking their heads. It was quite a sight to see.

Although our time at Elephant Jungle Sanctuary Phuket was not perfect, and slightly a let down on some things, the time we spent with elephants was pretty special!

I know this isn’t going to make everyone who reads this happy. There is so much information: good, bad, correct, incorrect, false, and accurate information, going around about ethical animal travels and excursions. It’s tough to know what to think without truly experiencing it. I will not ride elephants, that much is clear, and I have my own opinions on the elephant excursion matter. I do live here in Thailand and hear, see, and learn A LOT about it, but I’m not going to get into it. I’m not one for cyberbullying, trolling, and cyber arguments, so I’m not going to get into it. I felt that our experience, although far from perfect, was insightful, and was special. Please keep your negative comments to yourself. This is a personal blog on personal experiences. Thank you.**** 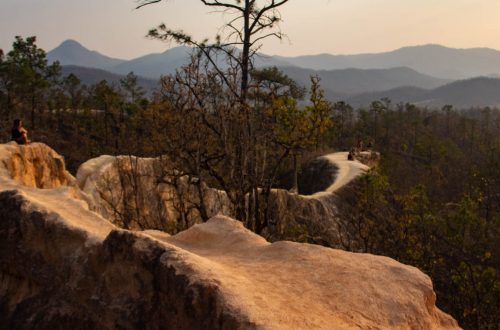 How to Spend 5 Days in Pai, Thailand 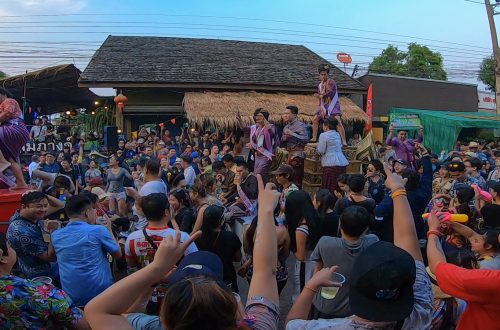 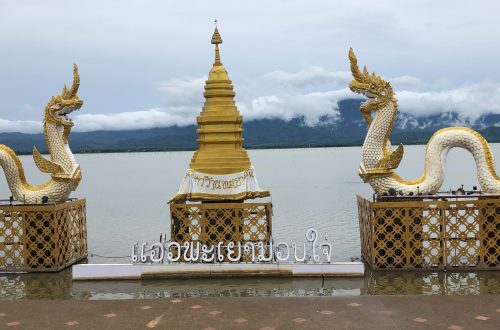 A Weekend Getaway in Phayao, Thailand

Warning: count(): Parameter must be an array or an object that implements Countable in /home/customer/www/maplessadventures.com/public_html/wp-content/plugins/instagram-slider-widget/includes/class-wis_instagram_slider.php on line 1248
There are no publications in this account yet