While in Siem Reap, I found out that twice a year, the sun rises directly behind the middle tower at Angkor Wat. This sunrise occurs in March and September, which corresponds with the Spring and Fall Equinox. I just happened to be exploring Angkor Wat at this exact time in March. Talk about a special sunrise.

The rumor was that this event was going to occur Friday, March 22nd. Laura and I just happened to be planning our third and final day at Angkor Wat. We weren’t necessarily planning a sunrise visit, but when we heard this “rumor,” we knew we had to go. Plus, there were a few other temples on our list that we wanted to visit/re-visit too.

The day before with spoke with Morl about another day with his services and our plan. He agreed.

One thing I forget to mention was that in addition to his tuk-tuk service, Morl offers photography services. I opted in for both services, even though I enjoy taking my photos. Reason: it’s sometimes nice to have candid shots of myself.

At 4:45 am, the three of us were heading towards Angkor Wat. Having a local guide, like Morl, during the sunrise, was highly beneficial. Not only did he have a plethora of knowledge, he knew the best location to watch the sunrise.

By the time we arrived, Angkor Wat was already getting widely busy. We weren’t the only ones hoping for that perfect sunrise. Thankfully, Morl suggested we hang back by the entrance to get the best shot.

We were all saddened when the sun began to rise slightly, off-centered from the middle tower. It wasn’t the “perfectly centered” sunrise we hoped for, but it was close enough. Plus, when we walked to the left side of the entrance, we were able to stage a perfectly centered sunrise. This was going to be my last Angkor Wat sunrise, so I didn’t mind a little staging. After all, it was close enough.

Now, if you read my first Angkor Wat blog, then you’d have read about my experience at Ta Prohm. Outside of the main temple, I was most excited about this temple, and my first visit was far from perfect. Thankfully, Laura felt the same way. We both knew we wanted to return when it wasn’t so busy.

After a short time watching the sunrise, we headed back to Ta Prohm. Morl told us that if we go first thing, it might not be super busy and he was right. We were able to experience an authentic feel of Ta Prohm and the massive trees protruding from the ancient temple.

Morl, being the amazing photographer he is, knew the special tricks to be able to capture the perfect shots. It’s one of those phone tricks that I ALWAYS forget about- panorama mode. Let’s say, returning to Ta Prohm was 100% worth it.

Other than the sunrise, Laura and I wanted to visit Banteay Srei. This 10th-century temple is located roughly 25 km northeast of Angkor Wat and built primarily out of red sandstone. Banteay Srei temple’s history is unique, as it is the only significant temple not built by a king. The translation of Banteay Srei is “Citadel of the Women” and built in honor of the Hindu god, Śiva. It’s basically one badass women’s temple.

The drive out to Banteay Srei is very peaceful. You pass through several small villages, rice fields, and another major “thing to do” in Siem Reap, the Cambodian Landmine Museum.

This museum teaches and educates visitors about the history of landmines and the clearing of them throughout the country. It goes into particular detail about one Khmer man.

Unfortunately, I was unable to make it to this museum but spoke with several backpackers who spoke highly of the museum.

After touring Banteay Srei, both Laura and I were “templed” out. Three days at Angkor is a lot but needed to be able to see everything it has to offer. We both decided to head back into Siem Reap and just chill at the hostel. I, however, had plans to switch hostels to meet up with friends I had met previously in Pai.

Onederz was a great hostel for the few early mornings at Angkor due to the quietness component. I did meet a few people in the lounge, but I was ready for a change.

If you know me, you know that I am a very social human. I had heard from other travelers that Siem Reap has a very active nightlife. I was itching to go out and experience it.

My friends booked at a known party hostel, Mad Monkey, and I wanted to be with them for the last few days in Siem Reap. One of the many benefits of Mad Monkey is the social aspect, and it didn’t disappoint.

I walked into several people hanging out in the pool, which quickly turned into mini pool party. This pool party continued even after my friends and I went out to dinner. When we returned, the party had migrated to the rooftop bar, which was the pre-game spot for the PUB CRAWL.

Mad Monkey Siem Reap hosts many pub crawl throughout the week (as do many of the other MM). It’s by far, the best way to meet feel travelers and experience the night life. Obviously, my friends and I joined in on the pub crawl and hit up Pub Street for some nightlife entertainment.

A Day on the Grand Circuit at Angkor Wat 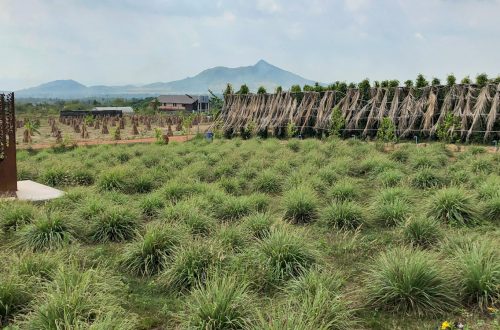 How to Spend One Day in Kampot Cambodia